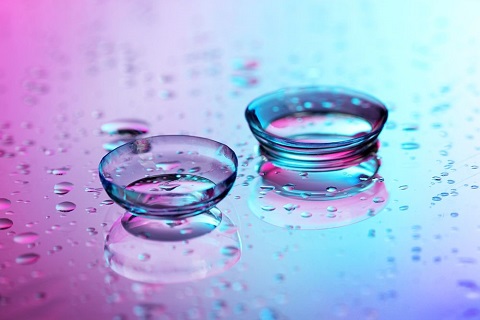 Up until recently, many people believed that LASIK eye surgery comes with more risks to patients compared to wearing contact lenses. Researchers from Oregon Health and Science University (OHSU), however, have proven this wrong in their latest study. According to their research, chances of developing complications from contact lenses is higher than that of people who opt for vision correction surgery.

Wearing contact lens incorrectly and neglecting proper lens care are two leading reasons why people damage their eyes with lens wear. To illustrate the harmful effects of such poor practices, here are the hazards associated with contact lenses.

Risk of eye infection called bacterial keratitis was reportedly at 1 in 100 for people who wore their contacts daily over the course of 30 years. At the same time, 1 in 1000 contact wearers had a high probability of developing an eye disease called Acanthamoeba keratitis. Furthermore, 1 in 2000 people lost some of their vision due to both types of infection.

Aside from bacterial keratitis and Acanthamoeba keratitis, wearing contact lenses could make you susceptible to Pink Eye, Conjunctivitis and Giant Papillary. This is because the hard lenses put constant pressure on the eye. Such conditions can also be consequences of not having your contacts replaced based on recommendation of your doctor.

Lens wearers also tend to have a higher possibility of developing complications, according to eye doctors. Some of the common problems reported by patients with contacts are contact lens intolerance, allergies, irregularities and corneal inflammations.

The same researchers from OHSU studied more than 16,000 soldiers and about 32,000 LASIK procedures, and found that the risk of complications is significantly lower. Of the few who reported experiencing complications, not one patient lost more than a small amount of vision. The researchers went on further to note that as the technology behind LASIK improves, the procedure will result in even fewer risks and a higher rate of success.

Patients can also improve their chances more when they opt for LASIK by picking the most experienced surgeon in Orange County and going to a trusted institute, such as Excel Laser Vision Institute, that uses the latest FDA-approved technology. Disclosing your full medical history and following your doctor’s post-operative instructions to the letter will also help in the long run.

Is Laser Eye Surgery Safer than Contacts? What You Should Know, LASIK.com