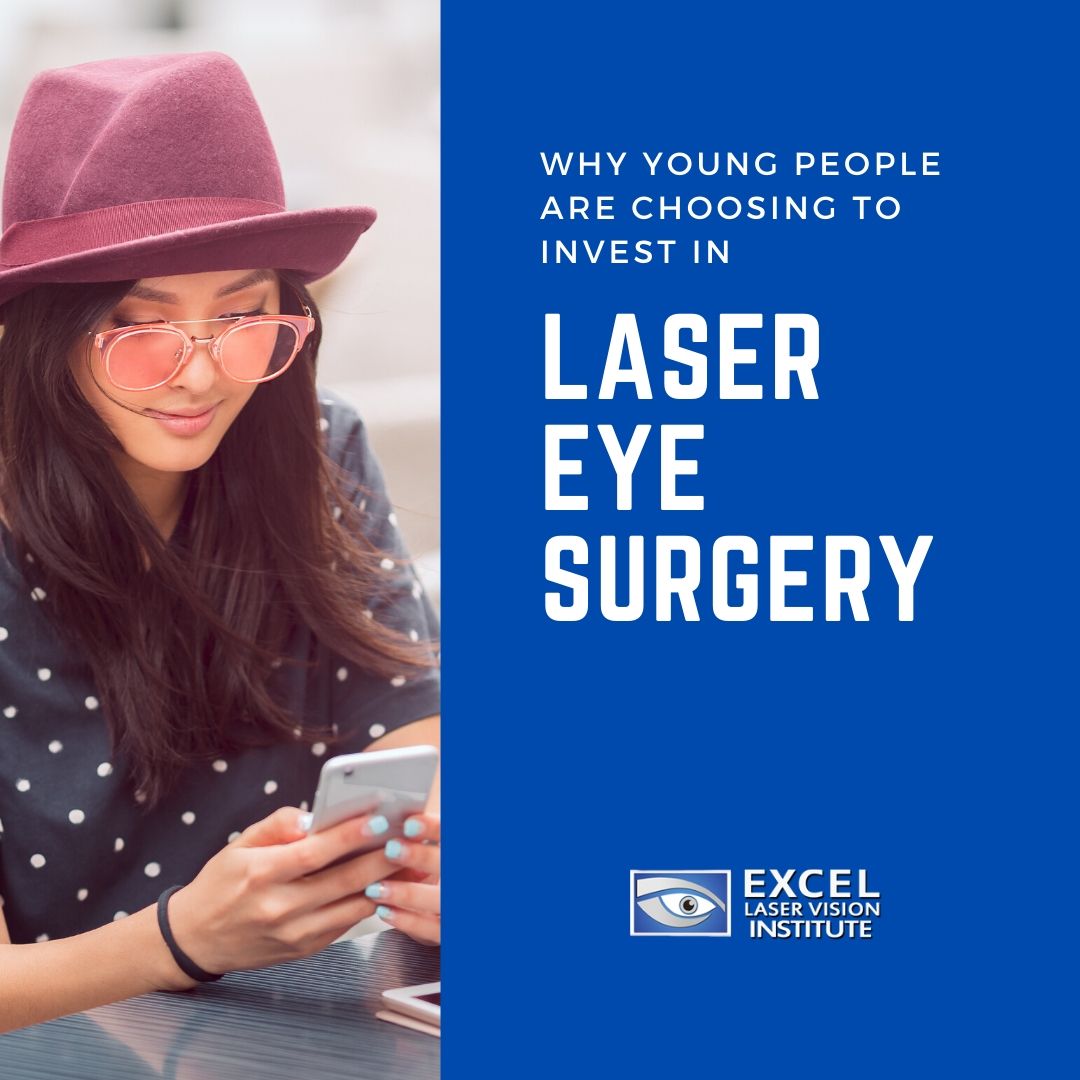 LASIK eye surgery has slowly joined the ranks of popular vision correction options over the years, especially among young people. While retro, hippie glasses have been a recent style trend, many younger folks are starting to see the appeal in clear vision without having to rely on eyeglasses or contacts. LASIK Los Angeles clinics like Excel Laser Vision Institute are starting to see a significant shift in the demographic that they are reaching.

There are many reasons for this increased interest in laser vision correction from young people. Contrary to popular belief, the millennial generation is very active and interested in pursuing non-digital activities. While many people imagine millennials to be attached to their phones, a recent study shows that 7 out of 10 millennials strive to live a healthy, active lifestyle. This includes yoga, surfing, hiking, and other athletic activities. With more active lifestyles, many young people with eye prescriptions are starting to run into the same inconveniences that other generations have faced for years.

Another reason that young people are starting to seek laser vision correction at LASIK Los Angeles clinics such as Excel Laser Vision Institute is that they value their freedom and independence. With busy lives and irregular schedules, it is helpful to not have one extra thing to worry about. More young people are visiting Exceleye’s LASIK eye center in Los Angeles to ask how they can successfully eliminate glasses and contacts from their life while achieving their vision goals.

LASIK Los Angeles clinics have found that younger folks are more interested in LASIK after doing their research. Millennials like to stay informed on the latest innovations in technology and enjoy reading trusted sources to learn how this is being used to benefit society. Unlike older generations, young people are more confident in the effectiveness of technology when it comes to medical and cosmetic use. As they read more about the positive LASIK eye surgery success rate, millennials become more convinced that this is a viable alternative to their current vision correction method.

LASIK isn’t, in any sense of the word, cheap. And millennials love saving money. However, young people are starting to realize that getting LASIK eye surgery may be more cost-effective than maintaining their current eyewear for years to come. Instead of having to pay each year to replace prescription glasses and sunglasses or having to buy contacts every month, LASIK exists as an investment option that will, essentially, pay for itself in money, time, and convenience as the years go by. Younger folks like the idea of having a long-term solution and LASIK financing options make this investment far more manageable.

The current age restriction for LASIK eye surgery is 18 years or older. Now that many people are experiencing poor vision at a young age, they are ready for a solution once they reach young adulthood. The new average age of contact lens wearers is between 11 years old and 13 years old, which means that young people are dealing with eye issues for years before they qualify for LASIK. So, they are more likely to be proactive and jump into the process when they can instead of putting it off for later.

When LASIK technology was first being developed and researched, there was a certain hesitancy to perform the surgery on younger people with more changeable prescriptions. However, many clinics are now confident in their ability to find a patient’s “true prescription” and tailor each LASIK procedure to fix each individual eye condition. However, some LASIK clinics will still advise a patient to wait until their prescription remains stable for at least a year. If you are not sure whether your prescription qualifies you as a LASIK candidate, you can always go in for a full eye examination and consultation to see whether the procedure is right for you.

In terms of paying for LASIK, young people are finding that there are many financial options to make the total cost a manageable part of their budget. There are some LASIK providers that offer insurance savings through a health savings account (HSA) or flexible spending account. LASIK providers will also offer financing options that break up the total cost into reasonable installments.

For over 30 years, LASIK has been a successful procedure that is widely known and spoken about in the United States. Many millennials have grown up hearing about it and may even know family members or friends that have gotten the surgery. Now that they have reached adulthood, they are starting to consider it as a solution for their vision goals. They have heard that’s fast, painless, and cost-effective. This is probably why 63% of people who got LASIK between the years of 2012 and 2013 were 18 to 34 years old. Once young people started trusting in the value of LASIK, they started spreading the word. Since the internet has so many platforms where young people can discuss various topics and experiences, LASIK has gained traction in millenial conversations and began having an influence on the average demographic. Now that young people are starting to get LASIK, they are realizing that there is a world of opportunity out there for them. With a hassle-free clear vision, their quality of life greatly improves and they can move on to do great things.