What’s The Difference Between Relex SMILE and Contoura Vision LASIK? 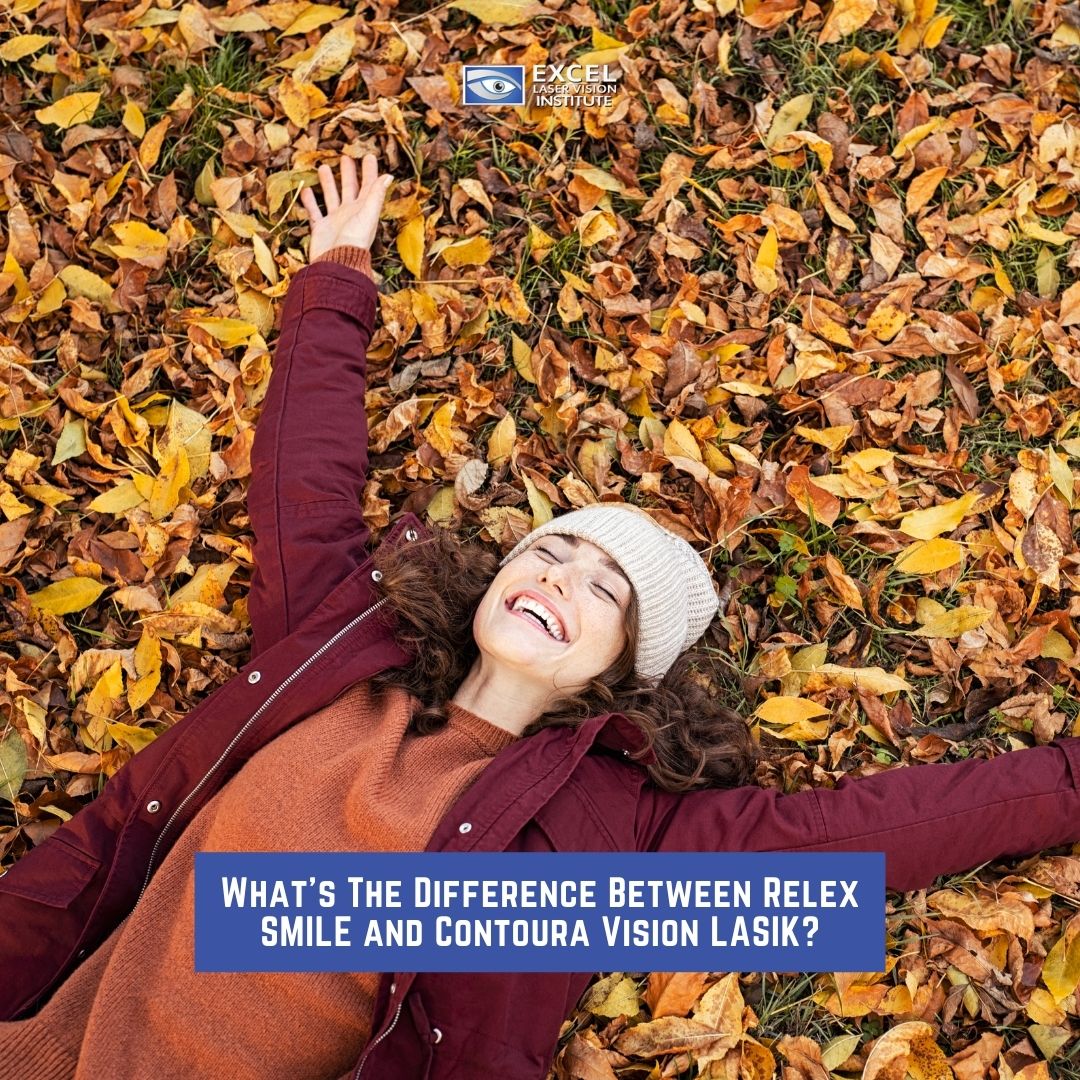 It’s safe to assume that everyone has heard of laser eye surgery. However, not many are familiar with specific vision correction techniques of LASIK. SMILE, Contoura, and Orange County LASIK are different versions of laser vision correction techniques. However, many are asking Doctor Moosa, the LASIK surgeon in Orange County, which one is best for them. 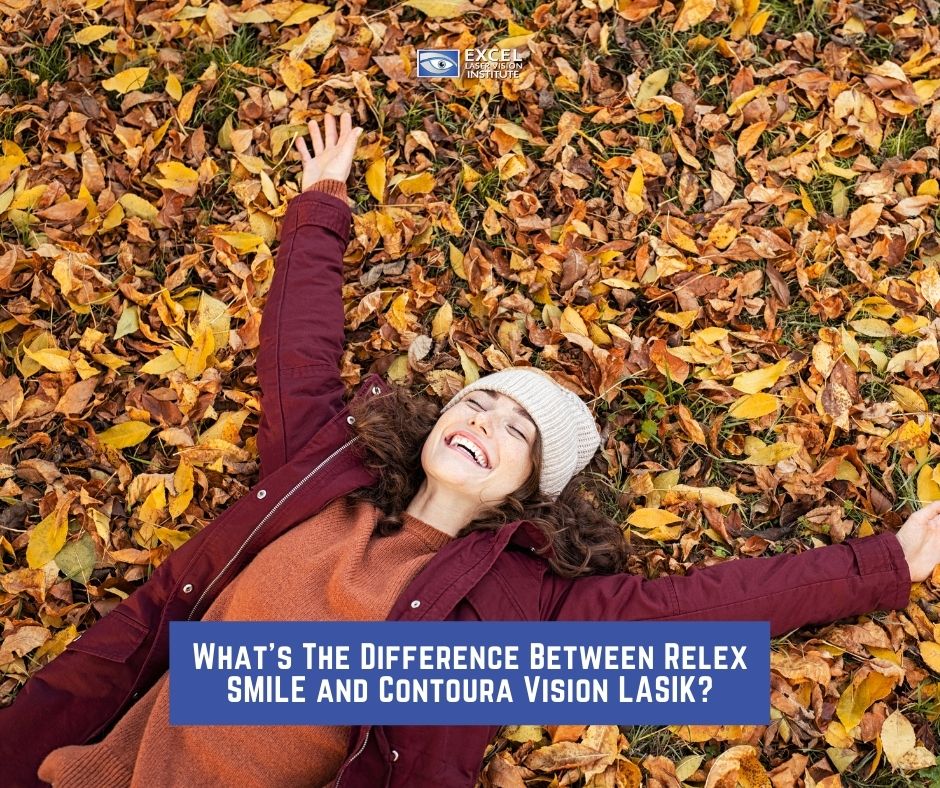 LASIK experts in Orange County will help you understand which technique is the most advantageous and we justify why you should go for laser vision to do away with contacts and eyeglasses.

What Are LASIK, Contoura, And Smile Eye Surgery?

When you consider laser eye surgery cost, in its most advanced form, when carried out at Excel Laser Vision Insitute uses two separate lasers, a Femtosecond laser creates a hinged flap that is lifted, and the base underneath the flap is rebuilt with an excimer laser. The flap creation makes next-day vision recovery a possibility.

The excimer laser that executes the reshaping element allows the laser eye surgery in Orange County to utilize the most advanced treatment algorithm, Contura Vision, which at the same time perfects the corneal shape whilst correcting the glasses prescription. This has made room for a new paradigm of visual quality results, representing the first time a person can achieve vision 2 lines better than the vision achievable with glasses.

SMILE LASIK in Orange County is when the eye surgeon only uses a Femtosecond laser to perform the entire correction instead of just the flap creation.

The femtosecond laser cuts a lenticle of tissue from the substance of the cornea that is then extracted through an access incision.

Both procedures correct Myopia. SMILE was initially conceived to reduce the outcome of dry eyes and potentially have a lower risk of an unstable cornea, also known as ectasia. As time has evolved and a more accurate evaluation of the effect of SMILE has emerged, it reveals these advantages have not been correct. Research has shown an occurrence of both dry eye and ectasia that is statistically similar to LASIK.

Since SMILE Does Not Have Advantages Over LASIK, What About Its Disadvantages?

First of all, SMILE is less accurate than Femtosecond LASIK with Contoura Vision.

About 98% of patients achieve vision equal to or even better than 20/20 vision after only one treatment at Excel Eye Vision Institute with Contura Vision LASIK.

The RELEX SMILE procedure only reaches 20/20 vision in about 60-85% of patients in recent studies. The inaccuracy of ReLex SMILE comes from the fact that the smallest amount of tissue taken out with a femtosecond laser is to 4 microns compared to the 0.25 microns attainable with an Excimer laser. This associates with at least sixteen times finer accuracy for an Excimer Laser.

The fact that SMILE lacks accuracy explains the increased number of requiring enhancements, at up to forty percent. Femtosecond LASIK provides next-day recovery with minimal discomfort, while eye enhancements performed with PRK or another surface-based laser can result in more discomfort for about two days and can take a patient six to eight weeks to recover.

Even when SMILE is effective, it usually takes three weeks, which differs from the next day recovery a patient can achieve with LASIK.

SMILE has a more extensive reduced treatment range. It can only effectively correct up to 0.5 diopters of astigmatism, while LASIK can correct up to 6 diopters. Also, It can’t correct hyperopia or mixed astigmatism. It can’t perform the sophisticated surface-perfecting ability that a Contura Vision procedure can accomplish, and as a result, it can’t provide this level of visual quality.

Lasik is an abbreviation for Laser-Assisted in Situ Keratomileusis. It is a laser procedure that improves vision issues and gets rid of the need for corrective lenses.

During a Lasik laser procedure, the LASIK eye surgeon in Orange County creates a corneal flap using a microkeratome instrument and pulls the flap back to get into the corneal tissue in the first stage. In the second stage, the surgeon reshapes the cornea utilizing an excimer laser.

SMILE is an abbreviation for Small Incision Lenticule Extraction surgery. It is a laser eye surgery that is a contemporary advancement in laser vision correction. A laser eye surgeon in Orange County may recommend SMILE surgery to treat Myopia. Also, it can treat astigmatism that’s up to 5 Diopters. Also, it is a minimally invasive surgery that is bladeless. Typically it’s known as Refractive Lenticule Extraction/RELEX.

Why Should You Go For SMILE?

SMILE is an FDA-approved procedure that is usually carried out on patients between 18 to 40 years of age. It is a completed automated next-gen procedure that gets done quickly, guaranteeing long-lasting and fixed results. SMILE is a laser vision correction surgery that does not require the eye surgeon to create a corneal flap.

When an eye surgeon performs a SMILE procedure, a laser is used to make a small incision in the cornea. Once that’s done, the laser is used to take out a lenticule (a small piece of corneal tissue). This is the method that reshapes the cornea, and helps to correct vision. SMILE is only done after all required tests are completed to understand the condition of the eyes.

Even though the recovery from SMILE takes a bit longer than Femto Lasik or similar procedures, it provides the least possibility of dry eye as corneal nerves are well preserved. The chances of retreatment are next to nil as it is a keyhole surgery that contributes to the patient’s quick recovery.

Contoura Vision Lasik is a topography-guided technology that is meant to enhance the effects of Lasik. Moreover, this procedure is also referred to as Robotic Lasik. During this procedure, a large flap of 22 mm is created on the top of the cornea. Then another separate laser system, an excimer, is used to remove the spectacle error.

This procedure utilizes an advanced computer algorithm to get details of the cornea over more than 22000 points on its surface. Personalized LASIK techniques such as Contoura uses the excimer laser only. Unlike SMILE, which works on the most advanced femtosecond laser platform.

If you want to learn more about the advantages and differences of SMILE, LASIK, and Contoura, contact Excel Laser Vision Institute today! 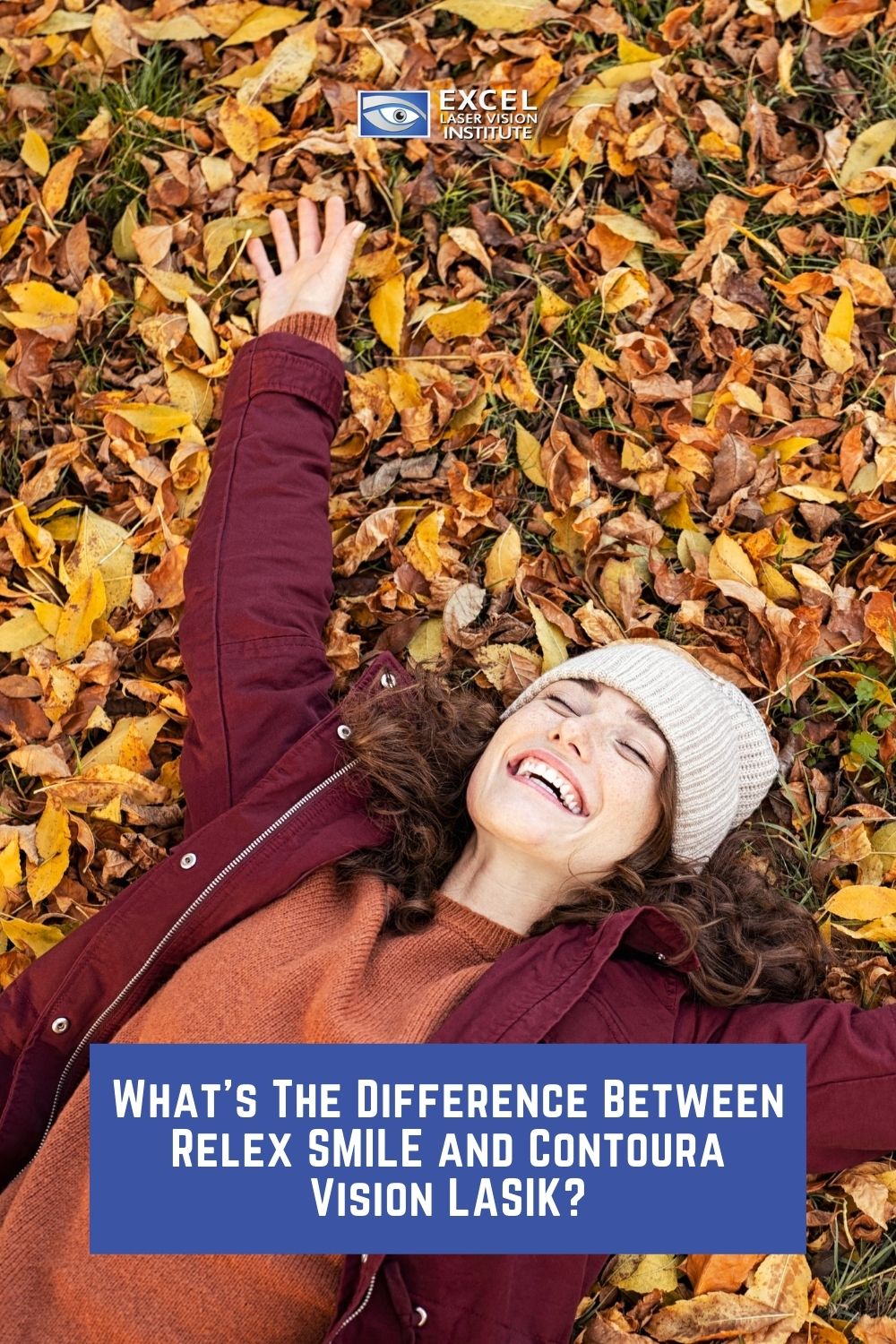 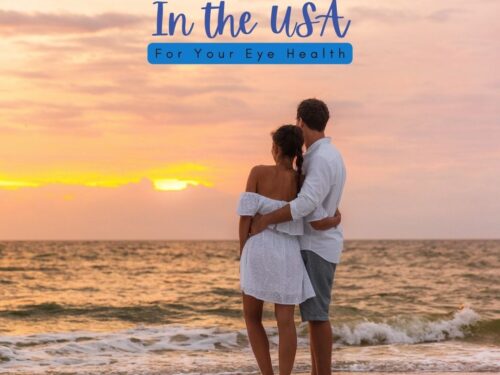 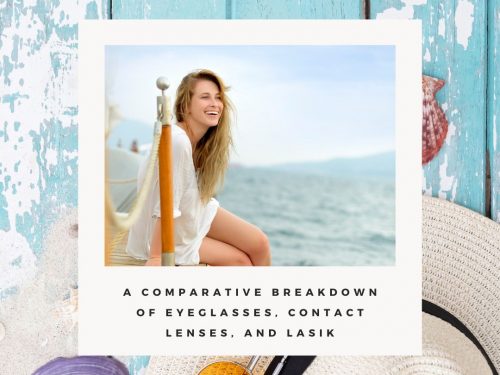 A Comparative Breakdown of Eyeglasses, Contact Lenses, and LASIK